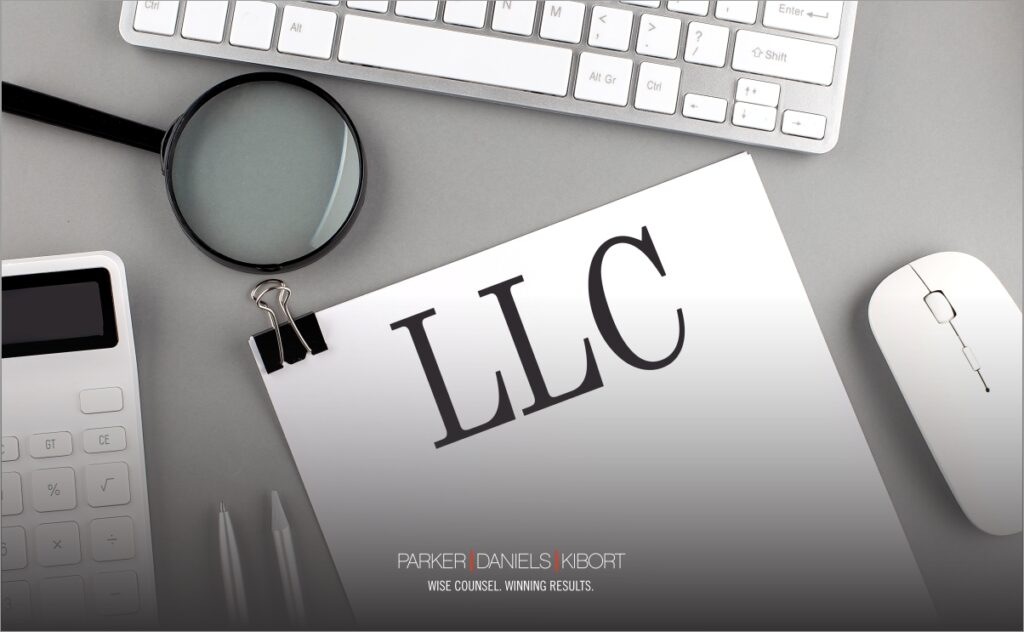 Ideally, buyers of a limited liability company will sign a written agreement that describes what they own and how the LLC will be run – and they will follow the rules they made in their agreement. In the bustle of business, though, writing down and signing an agreement that states what everyone “already knows,” can easily fall by the wayside. Or, the owners of the company may change their plan after the agreement is signed and then forget to sign a new agreement describing the new plan. When events leave behind an LLC agreement, and then the owners of the company have a disagreement and can no longer tolerate being in business together, Minnesota courts have the power to settle the owners’ disagreement by referring to practical reality in addition to written agreements – though it is risky to rely on business practice rather than a written agreement.

For example, A and D want to purchase together an existing LLC from someone else. A and D sign an “operating agreement” that says they will be the two owners of the LLC and will each pay half the cost of buying it from the seller. That same day, they each transfer about half of the cost of buying the LLC to the seller. A week later, A signs a purchase agreement with the seller, and the purchase agreement says that A is the purchaser, without mentioning D.

A and D run the LLC for a year, but then have a disagreement. D sues A, asking the court to give her control of the LLC and order A to sell his rights in the LLC to D. A argues that he should get the business, because the seller transferred the LLC solely to A in the purchase agreement.

The court sides with D. It concludes that the “operating agreement” signed by A and D, plus the fact that D paid half the purchase price, plus certain facts about how the business was run by A and D, clearly show that D owned half of the LLC – even though D was not a buyer named in the purchase agreement. When A bought the LLC from the seller, he did so in furtherance of the “operating agreement,” so he acted on behalf of both himself and D.

These facts, more or less taken from the Minnesota Court of Appeals’ recent decision in Dualeh v. Abdulle,[1] illustrate a Minnesota court’s power to act equitably, taking into account all of the relevant facts and circumstances, when resolving a dispute between two people about the ownership of an LLC. Minn. Stat. 322C.0701 grants the court authority to dissolve an LLC under various circumstances, including “it is not reasonably practicable to carry on the company’s activities in conformity with the articles of organization and the operating agreement,” or if “the managers, governors, or those members in control of the company” have or are acting “in a manner that is oppressive and . . . harmful” to another member. The same section also permits the court to “order a remedy other than dissolution, which may include the sale for fair value of all membership interests a member owns . . . to [the company] or one or more of the other members” if “that remedy would be appropriate under all the facts and circumstances of the case.”

Section 322C.0701, together with other parts of Chapter 322C of the Minnesota statutes, mean that an LLC owner who hasn’t done the best job of getting signed papers that accurately state the relationship between the owners can still, sometimes, get a positive outcome in court, if a dispute between the owners devolves into a lawsuit. It’s always better to have a signed agreement that shows a person’s position is correct (and sometimes fatal not to have one), but the court’s ability to consider “all the facts and circumstances” means that an LLC owner who treats the other owners fairly and honestly, and who works hard to make the business run well, will have a chance of success in court even if some of the paperwork doesn’t reflect the reality of the way the business was run.

On a separate note, Dualeh v. Abdulle also illustrates the importance of an LLC owner acting for the benefit of the business rather than his or her own personal benefit, in making decisions about the business. After the court decided that both Dualeh and Abdulle were equal owners of their LLC, it had to choose one of them to become the sole owner and one of them to sell out their fifty percent interest to the other, because they could not longer work effectively as co-owners.  On that point, Dualeh apparently had strong facts to show that she, rather than Abdulle, deserved to become the sole owner. The court found that “Dualeh managed [the business] well while this litigation was pending,” while Abdulle had engaged in “squandering” the business’s assets (apparently by spending LLC money “on personal expenses not benefiting” the business) and “attempting to deceptively remove Dualeh’s membership interest.” As a result, the court decided to order Abdulle to sell his interest in the LLC to Dualeh as of the date that Abdulle and Dualeh signed their operating agreement, so that Abdulle would not benefit from any increase in the value of the LLC that accrued as a result of Dualeh’s “stewardship” and “work . . . to improve the company.” These decisions were based, in part, on the court’s credibility determination – underscoring again that an owner’s ability or inability to show the court that he or she is an honest, good-faith participant in the business can have an enormous impact on the outcome of the court’s decision regarding ownership.

Parker Daniels Kibort is a full-service litigation law firm located in Minneapolis, Minnesota.  We have a proven record of success at the highest levels for our clients.  We are organized to attack cases with efficient, responsive representation.

Are you the owner of an LLC and considering a buyout? Consult with Parker Daniels Kibort before you sign on the dotted line. 612.355.4100.