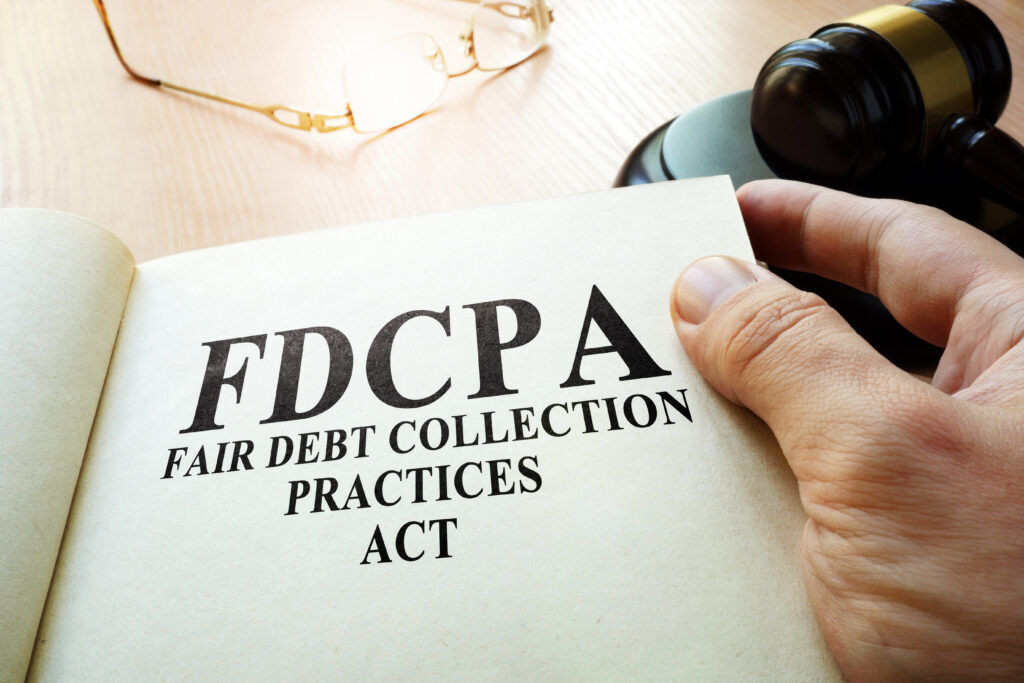 Minnesota state courts have not consistently addressed disputes surrounding FDCPA plaintiffs’ standing.  If tasked with doing so, Minnesota courts may look to recent trends embraced by their federal counterparts.

Article III of the United States Constitution limits federal courts to deciding “cases” and “controversies.” For a legal dispute to qualify as a genuine case or controversy, at least one plaintiff must have standing to sue.[2] The United States Supreme Court has determined that the “irreducible constitutional minimum” of standing consists of three elements.[3]The plaintiff must have (1) suffered an injury in fact, (2) that is fairly traceable to the challenged conduct of the defendant, and (3) that is likely to be redressed by a favorable judicial decision.[4]

States “have no power directly to enlarge or contract federal jurisdiction.”[5] Ultimately, “standing in federal court is a question of federal law, not state law.”[6] The U.S. Supreme Court has “recognized often that the constraints of Article III do not apply to state courts, and accordingly the state courts are not bound by the limitations of a case or controversy or other federal rules of justiciability even when they address issues of federal law, as when that are called upon to interpret the Constitution or, in this case, a federal statute.”[7] “Although the state courts are not bound to adhere to federal standing requirements, they possess the authority, absent a provision for exclusive federal jurisdiction, to render binding judicial decisions that rest on their own interpretations of federal law.”[8]

The FDCPA, like other consumer credit statutes, is designed for enforcement not only by the government,[9] but also by private parties.[10]  For private FDCPA lawsuits brought in federal court, especially those alleging only statutory and not actual damages, the plaintiff must allege and prove standing under Article III of the U.S. Constitution. This requirement came to the forefront after the 2016 U.S. Supreme Court case of Spokeo, Inc. v. Robins mandated that plaintiffs in Fair Credit Reporting Act cases demonstrate constitutional standing, including “injury in fact,” in federal court.[11] The federal standing requirement has been applied since then to other consumer credit cases brought by private plaintiffs under the FDCPA. Though the practical difference may be slight, a plaintiff proceeding in state court likely would not need to establish “constitutional standing,” as the U.S. Constitution and its “case or controversy” requirements would not apply.  The lack of a “constitutional standing” requirement does not necessarily relieve a plaintiff of his or her obligation to show injury.  Nearly every state, including Minnesota, has adopted a version of the “injury-in-fact” requirement set forth in U.S. Supreme Court cases such as Lujan v. Defenders of Wildlife.[12]

In some respects, the FDCPA is an entity unto itself. The Spokeo decision illustrates the law’s distinctiveness. There, the Court found that a plaintiff who has suffered an “intangible injury” may still have standing to assert a lawsuit under another federal law, the Fair Credit Reporting Act.[13] In Spokeo, the plaintiff alleged that a consumer reporting agency reported inaccurate information about the plaintiff to outside parties.[14] Though the Court remanded the case because the Ninth Circuit’s “standing analysis was incomplete,”[15] little doubt remains that standing represents a lower hurdle to clear when a plaintiff’s cause of action is based on a statute. Indeed, “Courts have drawn a distinction between violations of rights which Congress has elevated to an injury through the FDCPA and rights created by state law.”[16]

The more modest expectations of FDCPA plaintiffs to show standing have serious implications for defendants expected to comply with the law. A debt collector who violates the FDCPA can be liable for actual[17] and statutory damages (such additional damages as the court may allow up to $1,000),[18] as well as costs and attorney’s fees.[19] Significantly, proof of actual damages is not required to recover statutory damages.[20] The special damages provision permits the court to deter frequent or persistent violations by awarding damages in the absence of actual injury.[21] With the potential consequences of an FDCPA violation so stark, any creditor should explore all defenses it may have.  Asserting that a plaintiff lacks standing to sue is one such defense.

As is true in federal courts, plaintiffs in Minnesota state courts must have standing in order to sue. Under Minnesota law, “[s]tanding is a legal requirement that a party have a sufficient stake in a justiciable controversy to seek relief from a court.”[22] A standing analysis focuses on whether the plaintiff is the proper party to bring a particular lawsuit.[23] To establish standing, a plaintiff must have a sufficient personal stake in a justiciable controversy.[24] A sufficient stake may exist if the party has suffered an “injury-in-fact” or if the legislature has conferred standing by statute.[25]

As more plaintiffs pursue FDCPA claims in state courts, Minnesota state courts may be presented with questions of standing that they have not yet had to resolve.  However, Minnesota courts have previously applied caselaw developed in the U.S. Supreme Court to evaluate the standing of a plaintiff alleging violations of federal law.[26] In the context of FDCPA claims, a Minnesota court very possibly could apply Spokeo when evaluating a plaintiff’s disputed standing.  In that event, it would be enormously challenging to have the action dismissed on standing grounds because the plaintiff-friendly Supreme Court ruling in Spokeo v. Robbins allows even for “intangible” injuries to confer standing on a plaintiff.  It may be only a matter of time before Minnesota state courts set the same intangible bar.

Have you have been sued in Minnesota state court for debt collection practices involving the FDCPA? Do you have other questions about debt collection litigation?  Give Parker Daniels Kibort a call at 612.355.4100.

[9] The FDCPA is enforced by the Consumer Financial Protection Bureau and the Federal Trade Commission. Prior to the creation of the CFPB in 2010, the FDCPA was also enforced by various federal bank regulatory agencies as well as the FTC.