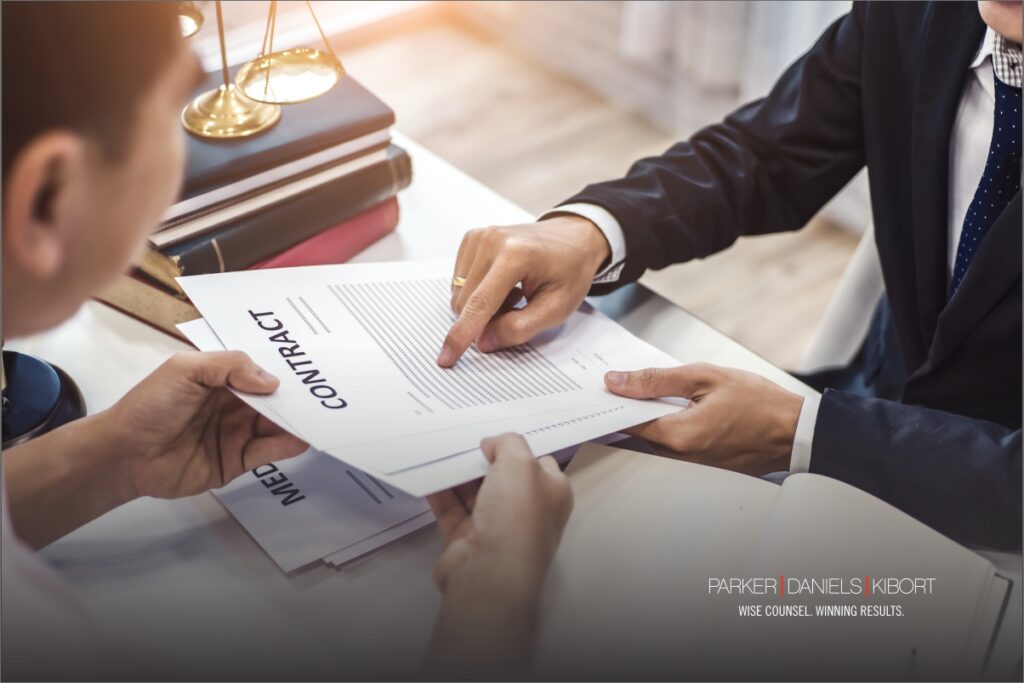 Businesses enter commercial contracts based on expectations (or guesses!) about future market conditions. Some expectations are inherently uncertain. Will demand for a product grow? How much? Will new competitors emerge? If uncertain events play out differently than hoped and a contract becomes unprofitable, the business is usually out of luck.  It bears the risk of uncertainty and must fulfill its contractual obligations for better or for worse.

But some events are so unexpected that they may give a party escape from a contract dramatically affected by the unexpected event. Courts apply a handful of different rules to judge whether an unforeseen event should excuse contract performance. One such rule is frustration of purpose. [1] The disruptions caused by Covid-19 provide a situation in which frustration of purpose might apply to an agreement.

Where the central purpose of a contract gets tossed aside by an unexpected event, a business may attempt to escape the contract by claiming frustration of purpose. For frustration to apply, three conditions must be met.

A 1980s dispute over a contract between a Minnesota city and some landowners provides an example of how these three conditions can be met.[3] The city spent significant funds to develop infrastructure for an area, part of which belonged to the landowners. The city and the landowners signed a contract which required the landowners to pay special assessments to the city over time, to cover the infrastructure costs. The parties anticipated that revenues from later completed industrial development of the property would pay for the special assessments. However, the land was subject to Army Corps of Engineers authority, and the Corps unexpectedly prevented completion of the planned development by asserting “discretionary authority” over the land. Without completion, the anticipated revenues did not materialize, and the landowners failed to pay the city the funds required by the contract.

Another somewhat similar later case resulted in the opposite outcome.[4] A business leased property for ten years, intending to use it as a credit union site. Then the business discovered that it could not get city approval to modify the property without also making changes to the parking lot access roads. The business was either not willing or not able to obtain the required parking lot access changes. The business attempted to terminate the lease and pleaded frustration of purpose when the lessor sued. However, the court rejected its frustration argument, deciding that the business had assumed the risk of the property being unsuitable for use as a credit union based on certain language in the contract. The court also concluded the business was at fault for its inability to obtain the necessary permit because the business failed to conduct adequate inspection of the site prior to signing the lease and failed to attempt to secure the necessary permissions to change the parking lot access roads. The court emphasized that “it is not enough that the transaction has become less profitable for the affected party.”  To prevail on a frustration argument, the unexpected problem must be “not fairly . . . regarded as within the risks . . . assumed under the contract.”

Does the unexpected occurrence of Covid-19, with its vast economic disruptions, frustrate the purpose of a contract? The answer depends on the contract language, and it may depend on what state the contract is in. If the contract mentioned the risk of emergencies, perhaps the parties intended the contract to bind them regardless of what happened. If the contract presumed a business could continue in the future to serve customers in the same way that it did in 2018, then perhaps its purpose was frustrated by the pandemic. A Massachusetts court in February 2021 decided that under Massachusetts law, a government order temporarily prohibiting the consumption of food or beverages on certain premises frustrated the purpose of a restaurant’s lease so that the restaurant was excused from paying rent for a period.[5] A similar argument was recently tried in Minnesota, but the Court of Appeals rejected it, deciding that the applicable Minnesota eviction statute did not permit a frustration of purpose defense to a commercial eviction at all.[6]

Frustration of purpose is an unusual and uncertain breach-of-contract defense. However, it is perhaps more common during the era of Covid-19 than previously. If you have questions about whether frustration of purpose, impossibility, force majeure, or other defenses might apply to a contract that affects you, Parker Daniels Kibort can help provide answers.  612.355.4100

[1] Other similar but distinct rules, not discussed here, are impossibility and force majeure.