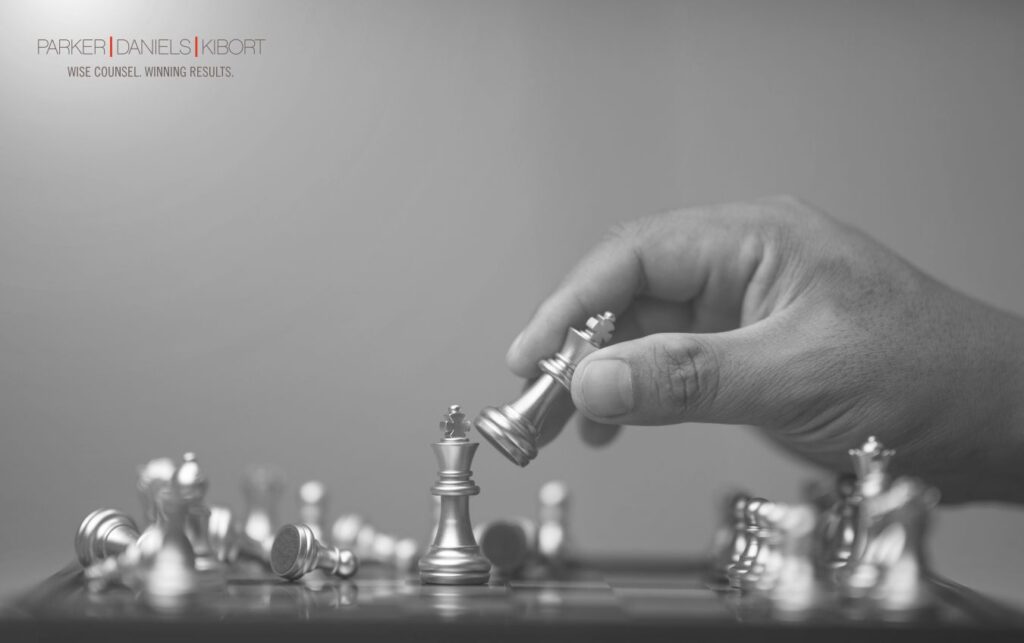 State statutes often govern squeeze outs, setting forth when and how they may be done. In Minnesota, Minn. Stat. §§ 302A.621 and 661 address two ways in which a squeeze out might be attempted for a corporation.

But Shepard sued Employers Mutual, saying the price for his stock was too low because breaches of fiduciary duties by the chief executive officer of EMCI during previous years had depressed the company’s value. Shepard claimed the CEO and Employers Mutual had managed EMCI so as to favor Employers Mutual, to the detriment of himself and the other minority owners of EMCI, and that the stock price should have been higher except for the fiduciary breaches.

Shepard’s lawsuit was dismissed, and the dismissal affirmed on appeal, because he failed to account for another doctrine of corporate law: the concept of a “derivative” claim.

Gregory Shepard’s lawsuit against Employers Mutual was dismissed because the court found that the lawsuit was based on a harm suffered by the corporation, EMCI, and not a harm suffered directly by Shepard. (The harm, remember, was diminished stock value resulting from alleged misconduct by the CEO.) The Shepard court’s decision on this point was quite typical. Legal claims regularly fail when they say the plaintiff was harmed because another person did something to wrongfully decrease the value of stock in the corporation. It is the corporation, not the shareholders, that must sue to recover for damage to its stock value.

There are exceptions to the rule prohibiting stockholders from bringing derivative claims. Shepard argued that two exceptions established in Iowa law applied to him – that his injury resulted from a “special duty” owed to him, and that he suffered an injury “separate and distinct from” the other shareholders. He failed to persuade the court on either of these arguments, because a claim that one’s stock has lost value is a quintessential example of a derivative claim and because Shepard did not identify any unusual or unique facts to remove his claim from the ordinary rule.

A stockholder may also attempt to deal with the problem that his or her claim is a derivative claim by asking the corporation to bring a lawsuit to pursue the claim itself. Then, if the corporation refuses to bring its own lawsuit, courts will sometimes allow the stockholder to pursue the claim individually. Minnesota Rule of Civil Procedure 23.09 sets forth the guidelines for this option in Minnesota. In Shepard, the plaintiff failed to address in his complaint whether he had complied with Iowa or Federal Rules of Civil Procedure requirements for petitioning the corporation to bring the derivative claim he sought to bring himself, so this avenue was closed to him.

Do you have a legal question regarding Squeeze Out Mergers or an employment related matter? Give Parker Daniels Kibort a call at 612.355.4100.

[1] In this context, “minority” means an owner holding less than 50% of the stock in a corporation.